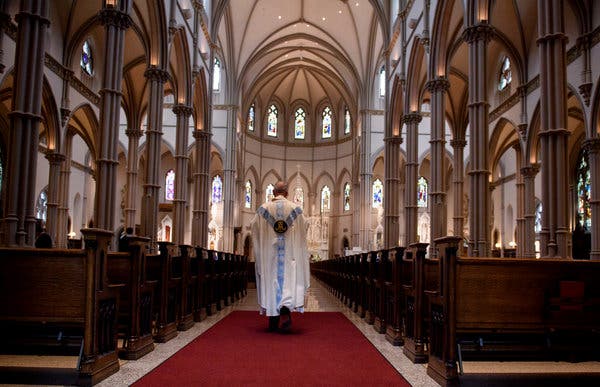 I read this Op-ed piece in the New York Times this morning (8/30).  I do think the Church is at one of those tipping points — not just the Catholic Church, the Whole Church!  What to do about sexual abuse, especially among the clergy?  Clergy in the Catholic Church, certainly! And the Protestant Church, certainly!  Clergy in nondenominational churches. There ain’t nobody getting out clean out of this one.

How can abuse of any kind be prevented? The priests in Pennsylvania showed priests can’t police themselves. Well, they didn’t. They kept their secrets for decades. That’s just sick.

Bill Hybels at Willow Creek Community Church, a man I have deeply admired over the years, tried to convince elders and leaders at Willow Creek that he could police himself. Well, if you have followed the news over the last few months, I guess we know how that worked out for Hybels. Thank God the 8 or so women that accused Hybels were believed and found to be credible. Hybels resigned. It was very sad, a terrible mess. His chosen successors then resigned, along with all the Willow Creek Church elders.

What would work, if anything, to allow the Church to move forward with purpose, integrity and humility at this point? Would a mandated reporter even know who to call?  Would you make the call, even if it meant calling law enforcement authorities directly and immediately? I hope so. But would a priest make that call? Would he know who to call? And of course so many priests have been the perpetrators.

Is it any wonder that millions and millions of sincere Christ followers within the Catholic Church are shocked, angry and confused that priests lived secret lives, abusing child after child, decade after decade, then being moved “under cover of darkness” to this diocese or that one? It’s awful, just a terrible problem.

The Op-ed piece below by Marci  Hamilton is worth reading and pondering.  Tough, tough situation… May God have mercy.

The Roman Catholic clergy sex abuse crisis blankets the globe in darkness. We are at a tipping point — or at least we ought to be.

The unmasking and resignation of the former archbishop of Washington, Cardinal Theodore McCarrick, placed alongside the recent release of an exhaustive grand jury report in Pennsylvania that describes in withering detail more than 1,000 grotesque abuses, has reinforced the growing public sentiment in favor of eliminating the statutes of limitations for child sex abuse. Under current law, a vast majority of victims will receive no justice because of an arbitrary procedural deadline.

To pierce the darkness of clerical knowledge of child sex abuse and to obtain justice for the victims, we need to change the statutes of limitation for these crimes, but that is not enough. To begin to see the light, we must also make clergy members mandated reporters of suspected abuse in every state the way teachers and doctors already are — and we need to begin to think about eliminating the confessional privilege.

Only one-third of abuse victims report what happened to them while they are still children. This is because of the power chasm between them and their abusers, threats from perpetrators and sometimes the children’s inability to comprehend fully what has been done to them. The insidious effects of trauma from depression, post-traumatic stress disorder, substance abuse and other medical problems also hinder reporting. For all these reasons, the average age for victims to come forward is 52.

Every state has laws that require at least some adults to report suspected child abuse. In most states, professionals — teachers, principals, counselors, social workers and health care providers, including mental health care providers — are mandated reporters, while in some states the obligation applies to every adult.

Clergy members are more likely to know about abuse than teachers or doctors. Yet just under half of the states do not mandate that clergy members report suspected abuse to the authorities or child protective services. When religious organizations keep these facts circulating internally while failing to disclose them to the public, the children suffer.

For religious organizations, there are other factors that reduce the likelihood that law enforcement and protective services will learn of suspected abuse. Even those states that treat clergy members as mandated reporters still may not require reporting in circumstances where the information was gleaned through a “clergy-penitent” communication. All states recognize a confessional privilege that can immunize clergy members from reporting if they learn the facts of reportable crimes through one-on-one communication with a parishioner.This privilege is not limited to the Catholic faith. A few states have explicitly or implicitly denied the privilege — New Hampshire, North Carolina, Oklahoma, Rhode Island, Texas and West Virginia — if the issue is child abuse or neglect. But elsewhere confessional privilege can operate as a high bar to child protection. 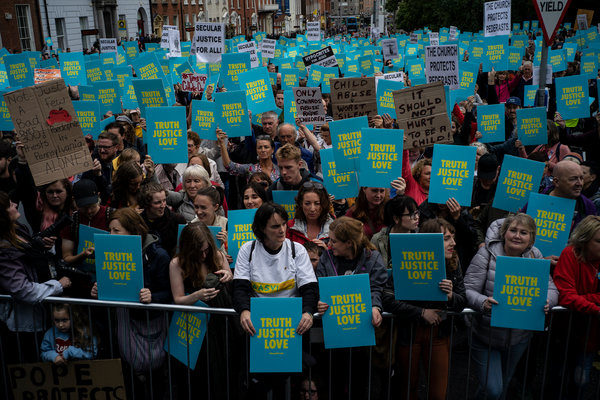 Despite a so-called zero-tolerance policy for child sex abuse, the Vatican has ordered Catholic clergymen to report suspected crimes according to the law of the jurisdiction where the crime occurred. Translation: Clergy members need only report in those states where the law actually requires them to report, and, in many cases, if the information is discovered outside the confessional. The reality is that religious lobbyists fight mandated reporting with vigor and therefore the Vatican is cleverly ordering its clergymen to report only where its lobbyists have failed to keep them off the list of mandated reporters. Lifting the confessional privilege for any reason is a matter of intense dispute, but our current experiences with the depth and breadth of child sexual abuse tell us what must be done.

When short statutes of limitations gag the victims and a hodgepodge of state reporting laws are combined with the clergy-penitent privilege, the public is shortchanged. When so much truth is shielded from the light, the hierarchy is able to float its disingenuous claims about having cleaned house.

Australia is ahead of the curve on these issues, as a result of the Royal Commission into Institutional Responses to Child Sexual Abuse, which made recommendations that went as far as condemning confessional privilege. Despite the fact that perpetrators have many victims and that children are inherently vulnerable, the clerical pushback in Australia has been intense. Lawmakers, however, should not defer to politics in the face of the epidemic of child sex abuse. As important as confessional privilege is to some clergy members and religious organizations, they need to finally realize that their mission is poisoned as long as it is consonant with the sexual abuse of children.

Weak penalties have also made reporting more of a choice than a mandate — penalties can be as little as a small fine. While one failure to report is dangerous and should be subject to more serious punishment, a systemic failure to report is far more problematic and deserves escalating penalties. The Pennsylvania grand jury report included a recommendation that all states should consider: For those institutions that repeatedly fail to report suspected abuse, the penalties should be clearer. They should also be increasingly onerous, including significant financial penalties and potential jail time for higher-ups who covered up abuse.

For a truly child-centered system of justice, we cannot trust religious institutions to police themselves.

Marci Hamilton (@Marci_Hamilton) is a professor of practice at the University of Pennsylvania and the chief executive of Child USA.

All donations to the ministry are tax-deductible.